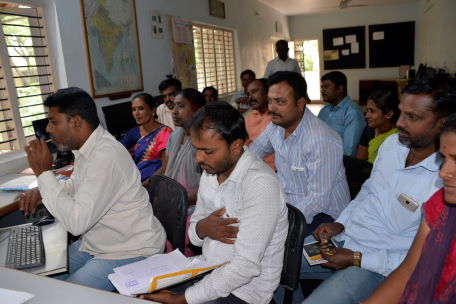 The vast majority of Staff are from the Coolie Sangha. They started off as Village Level Workers, then became Community Workers, and now are ADATS paid Area Field Workers. In this manner, most have worked in the 2 Organisations (ADATS and the Coolie Sangha) for 20-45 years. They started young. Their average age is 49 years. Our monthly salary bill is ₹ 3,99,600.

Another 438 Village Health Workers and 438 Balakendra Teachers work as village level Staff, selected and paid for by their respective village CSUs.