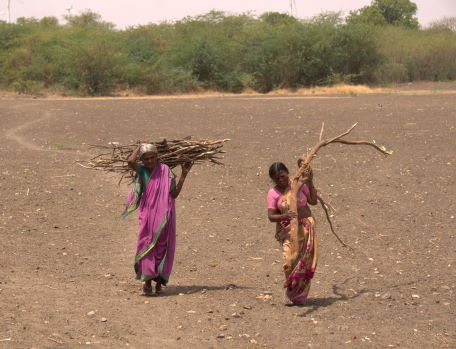 ADATS works in 5 taluks of Chickballapur district of Karnataka State, South India. The main campus is at Bagepalli town. Branch offices/campuses are situated at the other 4 taluk headquarters.

Though located in Chickballapur district of Karnataka state, and in spite of being so close to a fast growing metropolis (Bangalore city), the region skirts the southern border of the Rayalaseema desert belt and shares the same language, culture and social structure, as also the stark poverty that afflicts southern Andhra Pradesh.

The region is a semi arid drought prone one with low, erratic and spatial rainfall. The dust brown rocky terrain is severely undulating, with small hill ranges and outcrops that stud the topography. There is no mineral wealth and only a very thin and fragile soil cover.

ADATS has a socio-political presence in 23% of the villages and a coverage of 18% of the total population in villages with functioning village CSUs.

An adverse land:person ratio creates a strong thirst for cultivable land since less than one-half of the total land is fit for cultivation, with the remaining taken over by the hills and rocky fields. Hardly 5% of the cropped lands are irrigated by an age old network of rain-fed tanks (small lakes), each irrigating 2 to 10 hectares of wet land. The low water table is tapped through bore-wells drilled to more than 100 meters depth. Even these dry up in the summer months, from April to September every year, when temperatures rise to a dry heat of 38° Celsius.

The average rainfall is 560 mm a year and this is, moreover, erratic and spatial. As a result there is only 1 rain-fed crop a year, whose stand is from late June till December. Groundnuts are grown on these dry lands, inter-cropped with red gram, cowpea, field beans, green gram, jowar, maize and castor on the field bunds. Irrigated groundnut, mulberry, onions and sunflower are the common bore-well irrigated crops. Ragi (golden millet) and a coarse variety of paddy are cultivated under irrigation tanks. Every fifth or sixth year is a drought, followed by near famine conditions.

During the 7 cropping months from June to December, daily wages are ₹ 250 and 400 for women and men. In the off-season wages drop by ₹ 100 for women as well as men. Construction workers in towns and villages are paid ₹ 350 and 400 for women and men. Seasonal migration by agricultural labourers is an annual occurrence during the summer months. They come back every June/July to scratch a subsistence cultivation from small patches of scattered holdings, far away from the villages and hugging the hillsides, averaging 2.6 acres per Coolie family.