What are the CCFs?

CCFs are decentralised alternate credit arrangements that ADATS helped each CSU set up in their respective village to give out interest-free loans to Member Coolie families without any collateral or security.

Being a process driven activity aimed at empowering the Coolie caste-class, the objectives of the CCFs were organic and expanding. In the beginning, the CCFs were seen as instruments to support the Coolies in their socio-political struggle. Economic objectives were subsidiary to political ones.

Later, or even as an extension of their initial ambition, the Coolies were very successful in combating usury which existed in the form of barter and price-fixation practices, bonded, contract and child labour, mortgaging of lands, exorbitant interest rates, etc.

These horrific forms of usury all but disappeared. Bonded labour does not exist, Coolies do not get indebted to or lose their lands to Ryots, and money lending has not found its way into the poorer quarters of the villages. Very many annual Effects Monitoring exercises conducted by the Coolie Sangha at each and every Cluster, as well as independent studies clearly attribute this to the Coolie Sangha owned and managed CCFs. 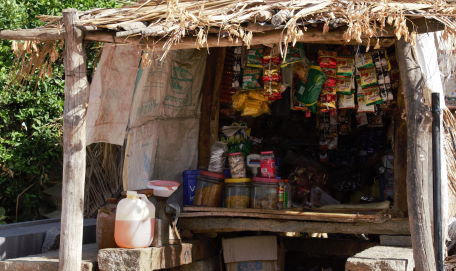 These objectives were not sequential. Seeds for a later goal were already present in an earlier dream. At every stage of evolution of CCF objectives, dynamism was provided by a creative minority who dared to clutch more than what was offered.

All these objectives co-existed at any given time, even within a single village or Cluster. ADATS and the Coolie Sangha realised that, though there were thousands of Member Coolies who had indeed "Become Rich in 3 Years!", this could not the achieved by the entire membership, all at once, in one go.

Being grassroots owned and bottom-up operated credit instruments in the hands of thousands of small and poor peasants, the CCFs were not “rural banks”. To view them in that light would be misleading. While sound and tested banking practices certainly had a place in their management, the banking logic that followed could not necessarily be applied to assess their performance.

Member Coolie families elected their cheque signatories and opened CCF bank accounts in the names of their respective CSUs. ADATS then gave out starter grants for them to begin their alternate credit structure. Later, further grants are given for them to enhance the capital of their CCFs, based on proper rotation of earlier grants. The total capital of each village CCF was built up, in this manner, to reach village level targets of ₹ 5,000 per Member Coolie family.

The CCFs operated on a no loss plan. In the event of a borrower not being able to repay, the remaining Member Coolie families contributed to repay the loan on her behalf. They later made efforts to collect from the defaulter, if possible. There was no interest charged on loans. But, as per the Coolie Sangha guideline to Member Coolie families, they were asked to voluntarily contribute 10% of their loan amounts to their respective Sangha Funds.

Those wanting to borrow from their CCF presented their case in the CSU Meeting, explained the need, utilisation plan, and realistic repayment date(s). There was no standard or forced repayment dates on CCF loans. Once the CSU Meeting approved of the purpose, amount and repayment date, their decision went to the Mahila Meeting which had a veto right on CCF related decisions.

Member Coolie families borrowed from their CCFs for petty productive, productive and consumption purposes and repaid on dates that they agreed to at the time of taking the loans.

Member Coolie families borrowed to meet a wide variety of needs that ran into hundreds of village specific purposes. They can broadly be classified into 5 categories. Of them, Crop Loans, Trade & Enterprise and Cattle Rearing are the most popular in terms of number of loans as well as amounts borrowed.

Shutting down the CCFs

In 2018, after running for 33 years, village CSUs in Bagepalli taluk felt that most of them had the visibility and clout to access institutional finance. There was a substantial increase in State allotments to meet credit needs from banks, cooperatives, etc. In the meanwhile, the quantum of capital needed for successful ventures had also substantially increased (F1 & F2 crossbred cows, for example, that costed ₹ 6-8,000 were now ₹ 45- 50,000; sheep that were available for a few hundred were now in the ₹ 6-10,000 range) . They closed down their village CCFs and transferred balances to the general fund of the Coolie Sangha.

The other 4 taluks are in a state of abeyance. They too realise that the CCFs have served their socio-political empowerment objective of killing usury. The high degree of fiscal discipline they demonstrated for more than a quarter of a century has slipped in the past 5-6 years. Overdue has mounted alarmingly high, especially in the dropped-out villages.

When an overriding socio-political Purpose is no longer relevant it is understandable that zeal and enthusiasm to maintain efficacy also wanes. As Coolie families now have the fiscal discipline and credit worthiness with mainstream finance, they wistfully neglected the very instrument that enabled them to reach that state. In the end the CCFs were victims of their own success.