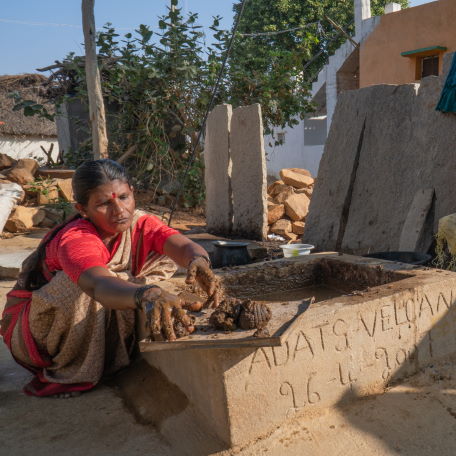 Immediately after the Kyoto Protocol was ratified and market mechanisms set up in the Marrakesh Accord, climate change activist friends of ADATS registered the world's first CDM Project on 10 December 2005 with the UNFCCC to build 5,500 domestic biogas units that would replace non-renewable biomass and generate 19,553 CERs every year for the next 21 years. Please see http://cdm.unfccc.int/Projects/DB/DNV-CUK1131002343.1/view?cp=1

Three and a half years after registration as a CDM Project with the UNFCCC, the Bagepalli Biogas CDM project got registered as Gold Standard Project on 22 July 2009. Please see https://mer.markit.com/br-reg/public/project.jsp?project_id=103000000002506

It was certified that emission reductions generated from this CDM Project are not only real and verifiable, but also make measurable contribution to sustainable development of the poor and benefit their communities.

End User women stopped using non-renewable fuels. They got easy access to energy at the turn of a knob, while earlier they faced severe hardship to collect fuel wood on a weekly basis and get kerosene through the public distribution system once a month. They started cooking in a cleaner environment, spending less time in the kitchen, and do not suffer indoor air pollution. The project reduced drudgery for women. Time saved is used to take up an additional economic activity and earn a little, or to look after their children.

Benefits are in terms of time saved in fuel procurement and cooking, improved kitchens and convenience, and reduction of drudgery of transporting fuel wood to the homesteads. Time saved is used to take up an additional economic activity and earn a little, or to look after their children. Thus, the project has resulted in social, environmental and economic development for local communities.

Velcan Energy, France, bought the entire 136,871 GS CERs that would be generated in the first 7 years, in advance, for an upfront payment of € 1.1 million. With this capex, ADATS built 5,488 domestic biogas units for as many poor women in 339 villages of Chickballapur district in 2006 and 2007.

In keeping with ADATS policy to not make pecuniary gain from carbon revenues, not a single Rupee was spent on overheads. 16 teams of ADATS Field Staff voluntarily implemented this CDM Project. 128 local Masons were trained to build these units. Labour was contributed free of cost by End User families. Neighbours assisted single women and the elderly. The total expenditure on the project was ₹ 6.26 crore and average cost worked out to a mere ₹ 11,398 per unit.

The flip side, however, is that biogas is not a technology that reaches out to the poorest of the poor. Since biogas units need both, cattle as well as space close to their houses, only 34% of End Users are SC/ST women, 20% are from Middle Castes and 47% from Upper Caste families. 85% of them have good houses, 5% have modest houses, and the remaining 10% live in bad houses.

From the very inception, ADATS emphasised that End User women were not recipients of anyone's charity. We encouraged them to see themselves as "business women".

Reducing Greenhouse Gases was a vital environmental service to society at large, for which they were getting paid — first with capex to build their Biogas units through the ERPA, and later through the sale of Emission Reductions. 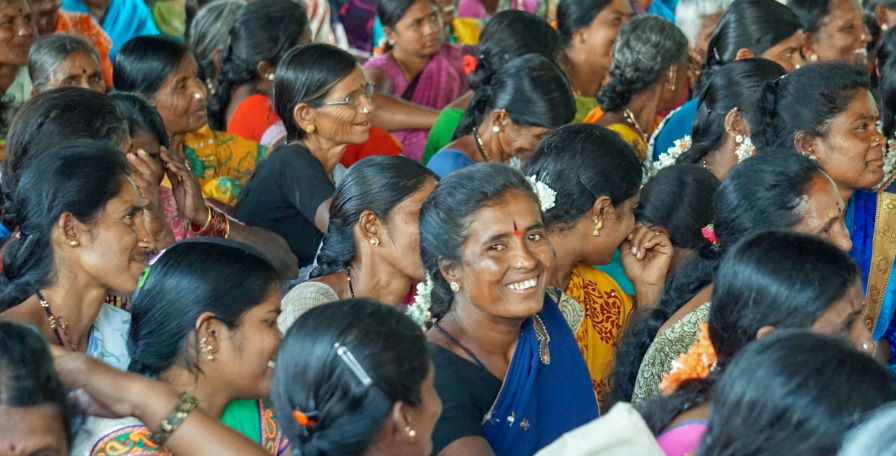 Repair, maintenance and monitoring systems worked perfectly till drought struck. For four continuous years the monsoons failed and people began to face serious problems. End User women braved it for three years with no fodder, distress sale of cattle, and finally no water even for daily necessities. Finally, the drought broke their backs and from July 2016, functionality began to drop below 80%.

ADATS negotiated with industries and institutions who wanted to but were unable to themselves reduce GHG emissions and willing to reward rural women for doing so on their behalf.

For us, it is a matter of pride that rural women are actually compensated for doing domestic work in a climate friendly manner, through their own community owned and managed activity.